Pence doesn’t believe that smoking is as dangerous as people claim it is. His evidence for this: “2 out of every three smokers does not die from a smoking related illness.” While running for Congress in 2000, Pence claimed that: “Despite hysteria from the political class and the media, smoking doesn’t kill.” 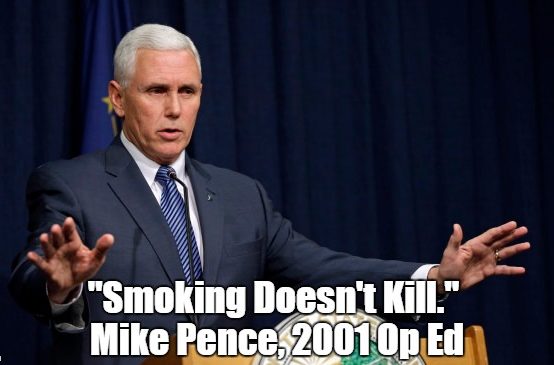